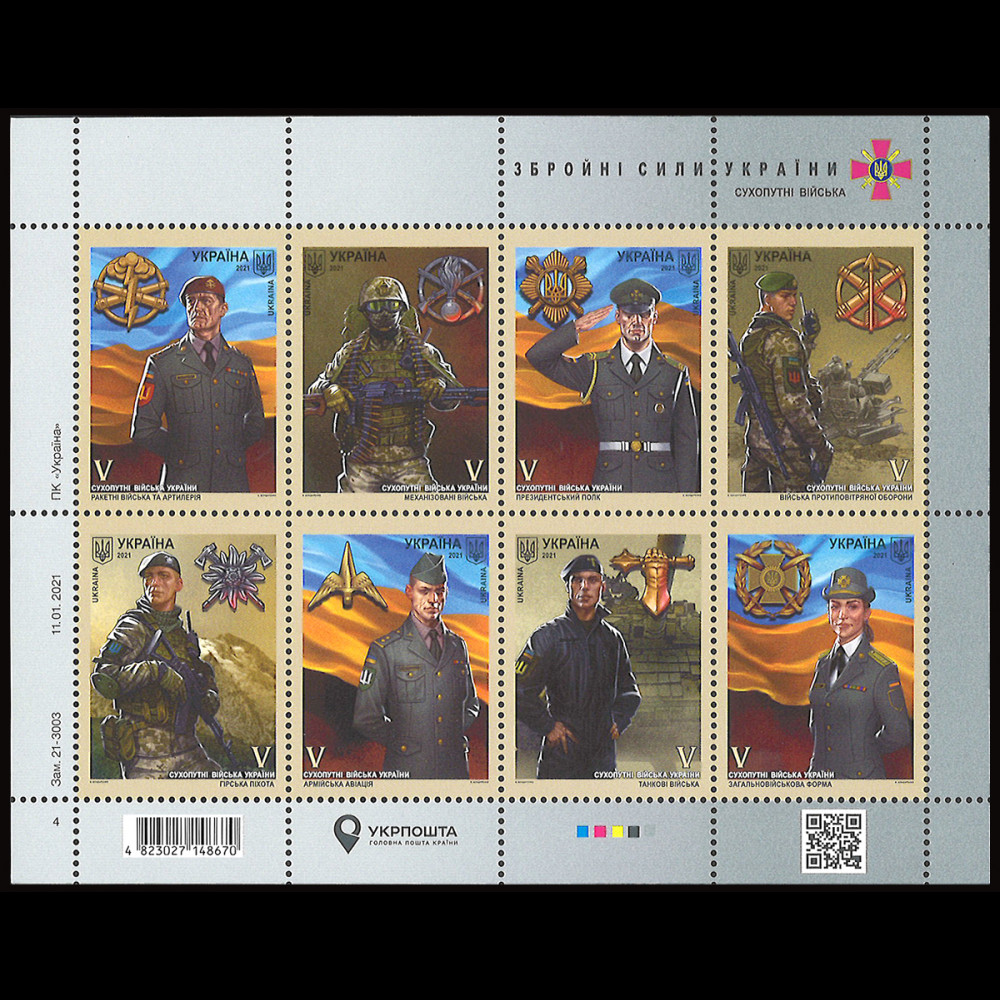 Armed Forces of Ukraine, Block of 8 stamps of Original Ukrainian.


The stamps were issued with the support of the Ministry of Defense of Ukraine. The stamp sheet consists of 8 stamps, which represent the uniforms of missile troops and artillery, mechanized troops, the presidential regiment, air defense forces, mountain infantry, army aircraft, tank troops and military uniforms.

CE47-A: Accession RUSSIAN FEDERATION to the COUNCIL OF EUROPE 1996 - B. YELTSIN