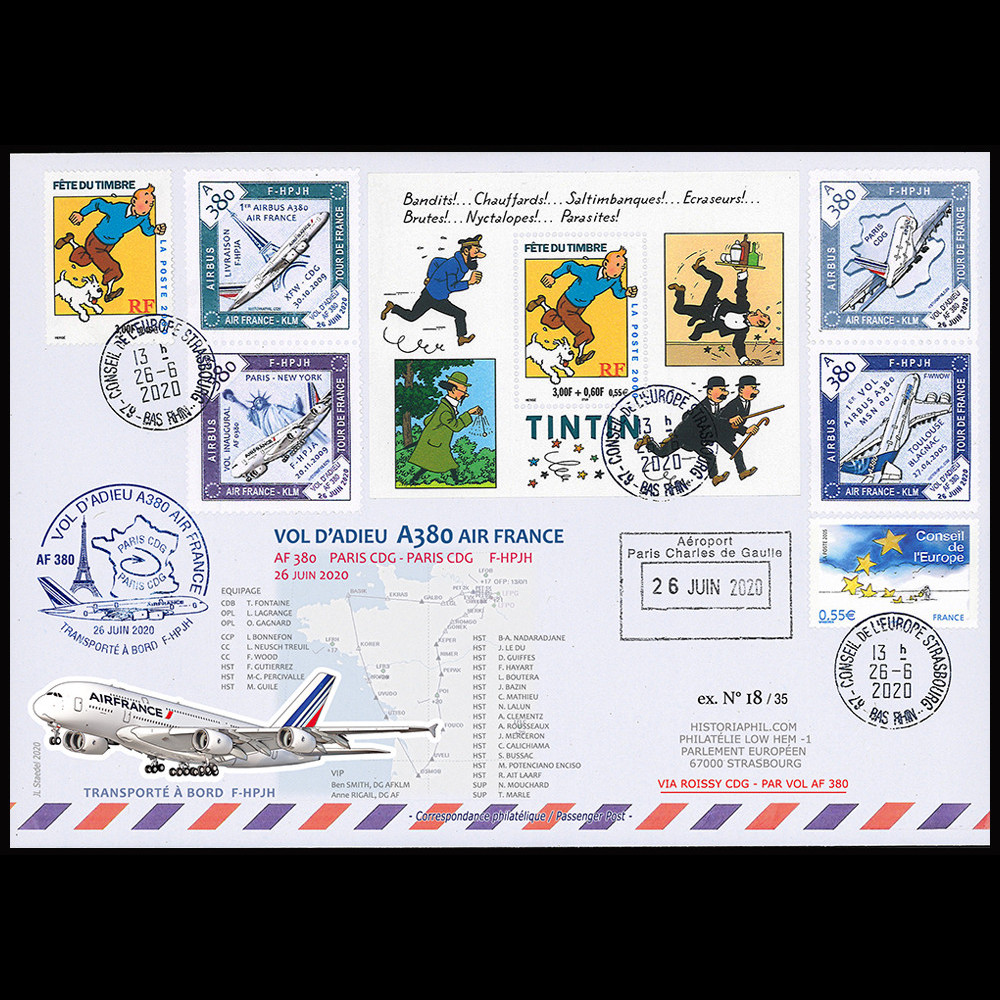 Mailed from the Council of Europe in Strasbourg, via Roissy CDG