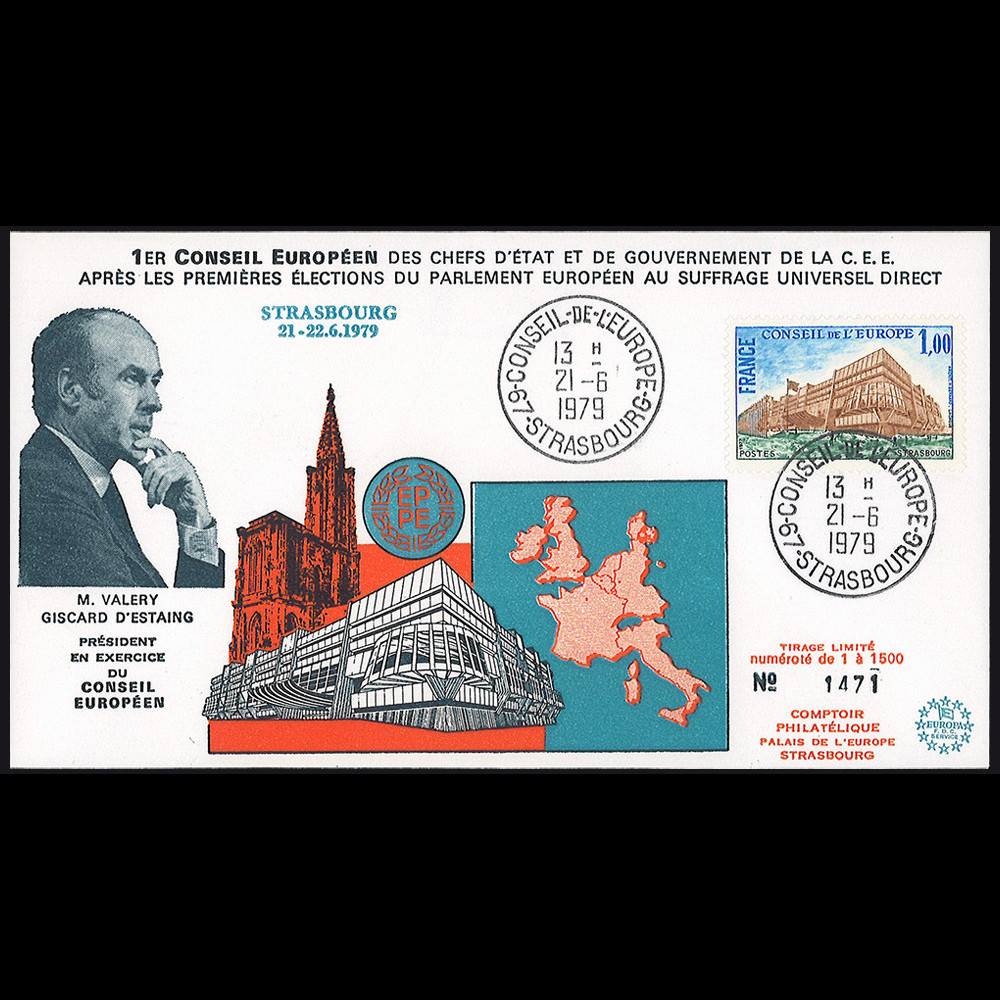 N°EPE12-T3 : FDC European Council 21.06.1979 "1st European Council of the heads of State and Government of the EEC (since the first elections to the European Parliament) - Presidency of France, V.Giscard d'Estaing, Serving Chairman"

The last copies in stock!

European Council of Heads of State and Government of the EEC

1. Election of the Assembly of the European Communities

Eager to demonstrate the importance and significance it attaches to the first elections by direct universal suffrage of members of the Assembly of the European Communities (European Parliament), the European Council met on 21 and 22 June in Strasbourg, including he thus underlined the European vocation.

The European Council was informed of the conditions under which the establishment of the European monetary system was carried out and considered that the first assessment which could be drawn up after three months of operation of the new system was positive. He underlined the major political significance that the establishment of a zone of monetary stability has for the progress of the organization of Europe.

The European Council held an exchange of views on the world energy situation. He underlined the urgency to act in the face of the serious structural situation created by the development of a lasting imbalance between oil supply and demand and the precariousness of the global energy supply in the long term, as well as in the immediate.

The economic policies, initiated a year ago in line with the concerted action defined at the European Council of July 1978, have contributed to improving the prospects for growth and price trends in the Community. The recent significant changes in oil supply and price have, however, reduced the room for maneuver of economic policies, both in terms of the rate of growth and the level of inflation.

The European Council took note of the report submitted to it by the Council (Economy and Finance) on the convergence of the economic achievements of the Member States.

The European Council noted that the imbalance in trade relations between the Community and Japan persists and worsens. Desirous of expanding and strengthening the cooperation with Japan in all fields, he expressed the hope that the Japanese Government, taking into account the place and responsibilities of Japan in the world economy, contribute by appropriate measures to redress a particularly worrying situation.