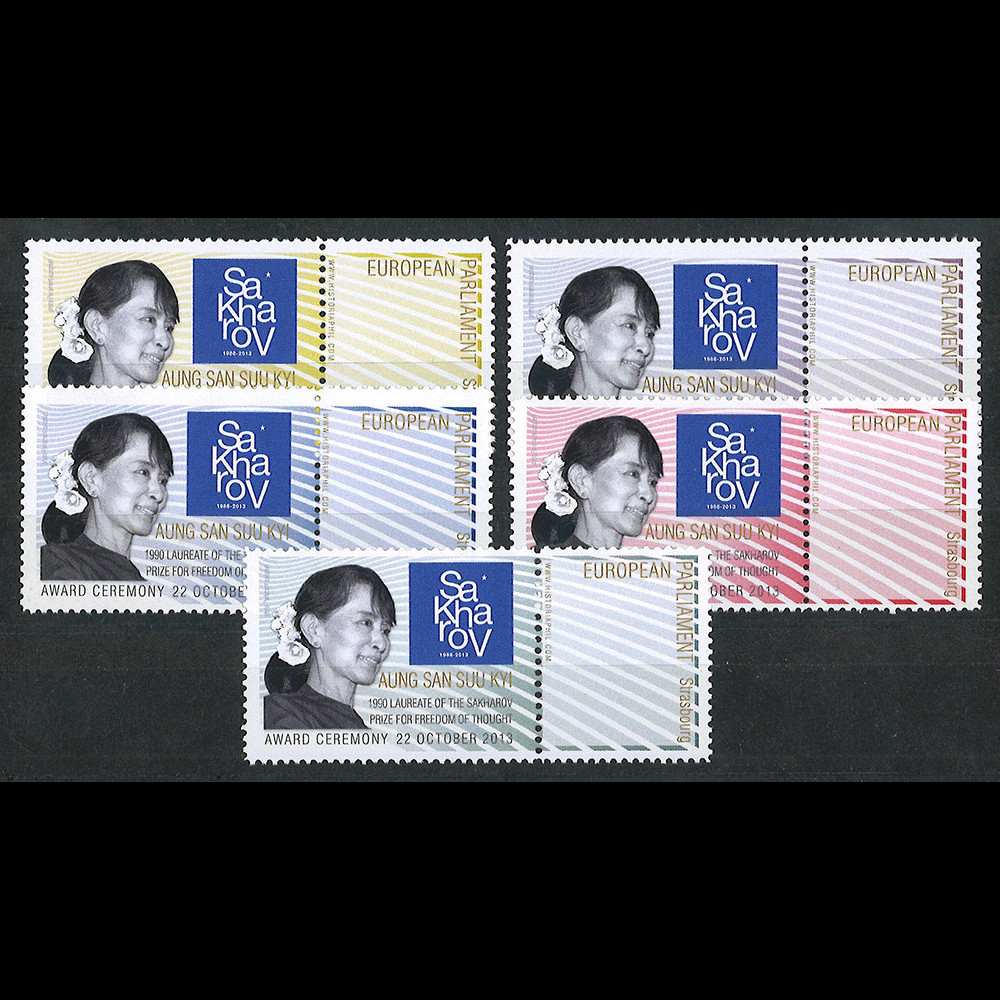 Cinderellas issued on the occasion of the session of the European Parliament in Strasbourg (France) October 21-24, 2013

"October 22, 2013 : Award Ceremony of the 1990 SAKHAROV Prize for Freedom of Thought for Mrs AUNG SAN SUU KYI, Activist and Leader of the Parliamentary opposition in Burma / Myanmar"

"This is a great moment, a moment for which an entire generation in your country but also here in Europe have been waiting for," said EP president Martin Schulz.

Aung San Suu Kyi thanked MEPs for their support over the years: "Freedom of thought begins with the right to ask questions and this right our people in Burma have not had for so long that some of our young people do not quite know how to ask questions

Symbol of freedom and democracy

Mr Schulz called Aung San Suu Kyi a "great symbol of freedom and democracy". "Despite how long it takes, the people who show strength to fight for democracy will prevail in the end," he said.