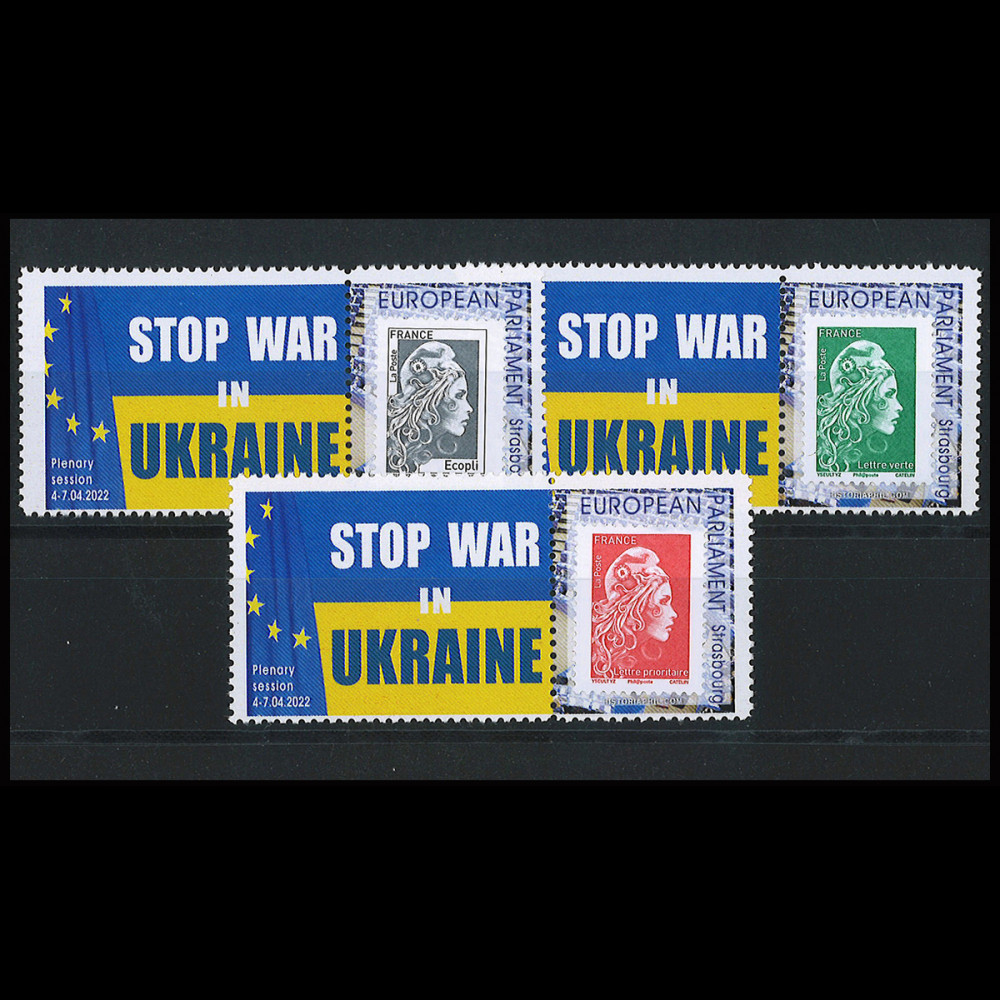 Stamp holders produced for the Plenary Session of the European Parliament in Strasbourg (France) 4-7 April 2022 "Debates on the Russian Attack and the War in Ukraine. International sanctions against Vladimir Putin’s regime. EU's response to the Ukrainian refugee crisis and protection of children and young people fleeing violence."

War against Ukraine. On Tuesday, MEPs will discuss with Council and the Commission what the EU can do to protect children fleeing war in Ukraine, in particular from trafficking and exploitation. A resolution will be put to the vote on Thursday.

EU leaders held an extensive discussion during their meeting on 24-25 March about the Russian invasion of Ukraine, the international sanctions against Vladimir Putin’s regime, and the overall consequences for the EU’s economy - with a particular focus on energy prices. US President Joe Biden attended the summit of the EU Heads of State or Government, and Ukraine’s President Volodymyr Zelenskyy joined remotely. The debate on the European Council will be wrapped up by a resolution.

On Tuesday, MEPs will also discuss the results of the EU-China summit scheduled for 1 April, which is expected to focus on China’s position regarding Russia’s invasion of Ukraine and the future of bilateral relations.

Question times with Ursula von der Leyen and Josep Borrell. On Tuesday at 15.00, MEPs will question President von der Leyen about what the Commission has achieved in the past two years and about the implementation of its political priorities. Afterwards, they will quiz EU Foreign Policy Chief Josep Borrell on the EU’s security and defence strategy for the coming decade. (Tuesday)

Energy infrastructure. Parliament is set to approve a deal reached with EU governments on updated rules to select which energy projects, such as high-voltage transmission lines, pipelines, energy storage facilities or smart grids, would be eligible to receive EU funds. The aim is to align the existing law with the objectives of the EU’s Green Deal. (Tuesday)

Climate change. MEPs will discuss with the Commission the latest IPCC report, which calls for urgent measures to limit global warming to 1.5°C and shows that the impact of climate change is greater than previously estimated. (Monday)