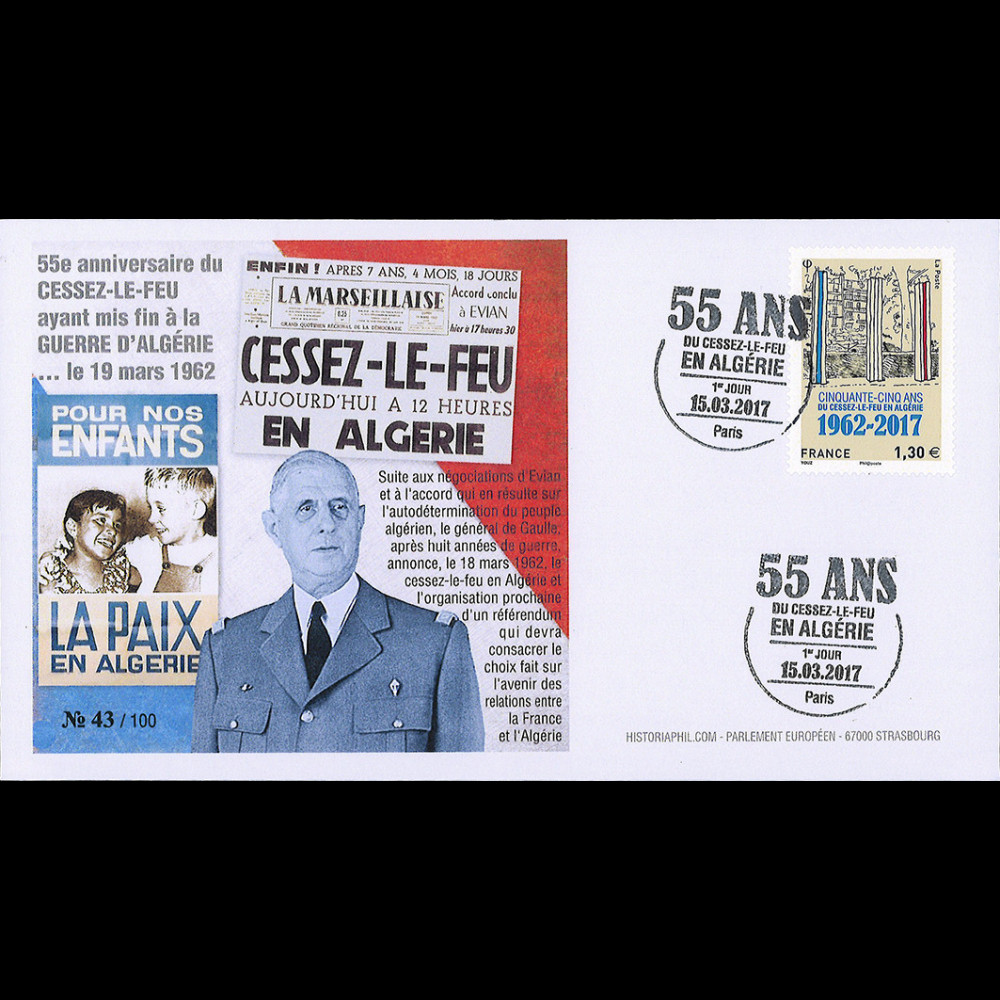 the ceasefire and the Evian Accords

Negotiations began in May 1961 between the FLN and France. They lead to a cease-fire (March 19, 1962) and the Evian agreements. The independence of Algeria is proclaimed on July 3, 1962. Its principle had gathered during the referendum of April 8, 1962 the approval of 90% of the French.

The end of the Algerian war gives rise to tragic episodes, marked by OAS terrorism, the departure of hundreds of thousands of Europeans and Harkis from Algeria (Algerian soldiers fighting alongside France) threatened by FLN members. (source: www.de-gaulle-edu.net)
ALG8
36 Items