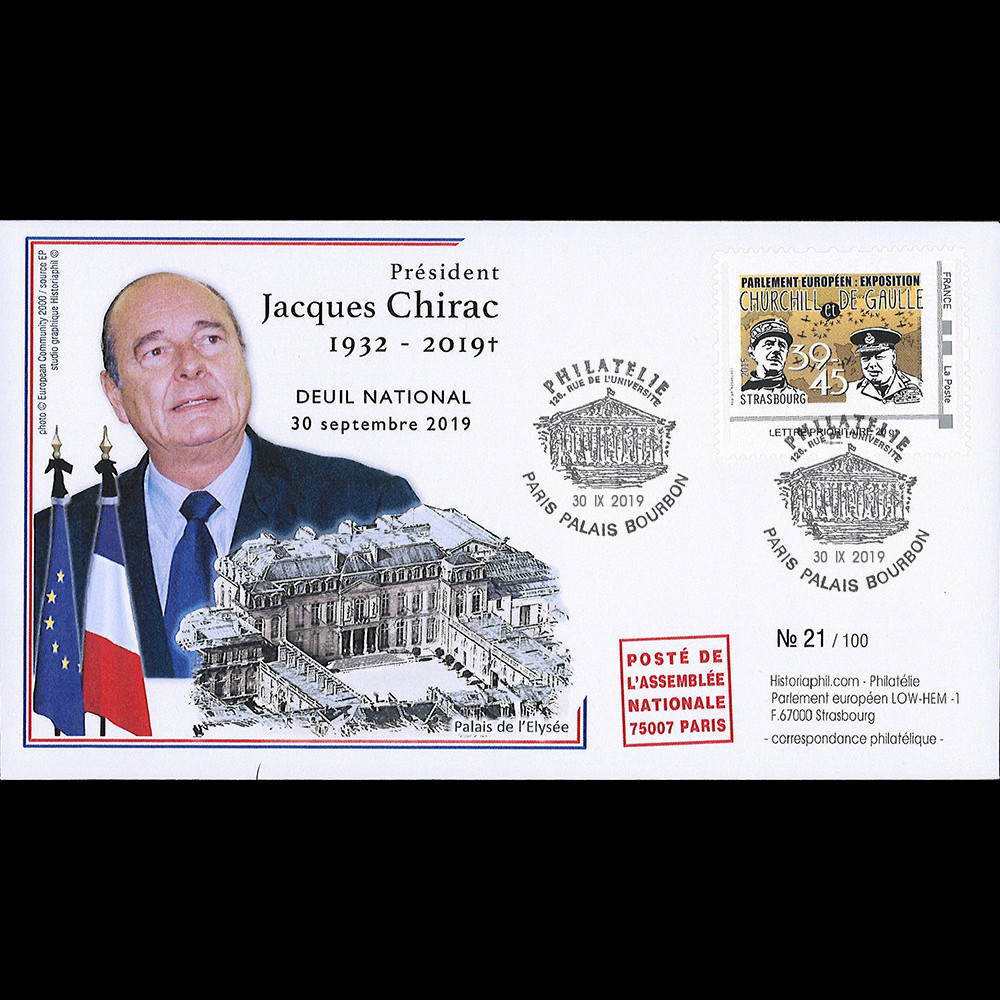 This great servant of the state embodied for nearly half a century the face of French politics.

Following the death of Jacques Chirac, former President of the French Republic from 1995 to 2007, the Head of State decided to make Monday, September 30, 2019 a day of national mourning.

- Tributes began at 9:30 in the strictest privacy in the Cathedral Saint-Louis des Invalides. The honors were then given to the former president in the Invalides' courtyard, in the presence of Emmanuel Macron.
- At noon, a solemn service was celebrated in the Saint-Sulpice church in the presence of several international personalities such as Vladimir Putin, Bill Clinton or Tony Blair and former French presidents.
- At 2 pm, the burial of Jacques Chirac began at the cemetery of Montparnasse in the strictest intimacy.

A historic philatelic envelope was published for the National Day of Mourning in honor of President Jacques Chirac.

Only 100 numbered copies are issued. It completes our philatelic collection dedicated to France and the European construction.