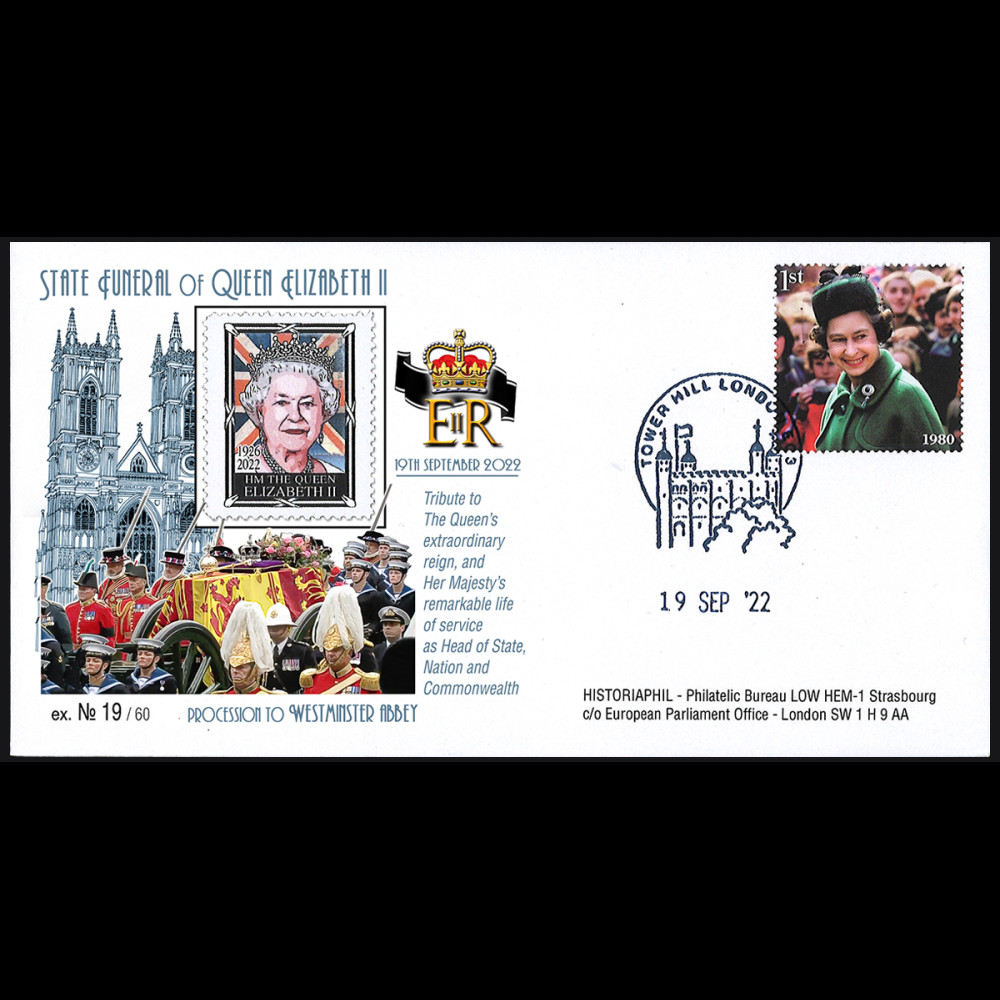 The coffin of Elizabeth II began its last journey in London on Monday for a grandiose funeral in the presence of dignitaries from around the world.

The coffin left the imposing catafalque on which it had been on display to the public day and night for five days, in the oldest chamber of parliament, Westminster Hall. Draped with the royal standard and surmounted by the imperial crown, carried by eight grenadiers of the Royal Household Guard in characteristic red tunics, it was placed on a gun carriage fired to the sound of bagpipes and drums by sailors from the Royal Navy, to Westminster Abbey where he arrived in procession, followed on foot by King Charles III and the royal family.

The coffin then left Westminster Abbey, followed by King Charles III, Queen Consort Camilla and members of the Royal Family, again placed on a Royal Navy gun carriage for a historic procession, with great pomp, in the streets of central London, to Wellington Arch.

The hearse then left Wellington Arch for Windsor Castle where Elizabeth II will be buried privately in the George VI Memorial, an annex to the castle chapel, alongside her parents and Philip, who died in 2021.

A set of philatelic envelopes, designed by Historiaphil© (Philately Kiosk of the European Parliament, Strasbourg, France) pays tribute to this figure in the History of Europe and the World. It was produced as a continuation of the collection of philatelic envelopes bearing witness since 1949 to the history of Europe and its institutions. Its edition is limited to only 60 numbered copies.