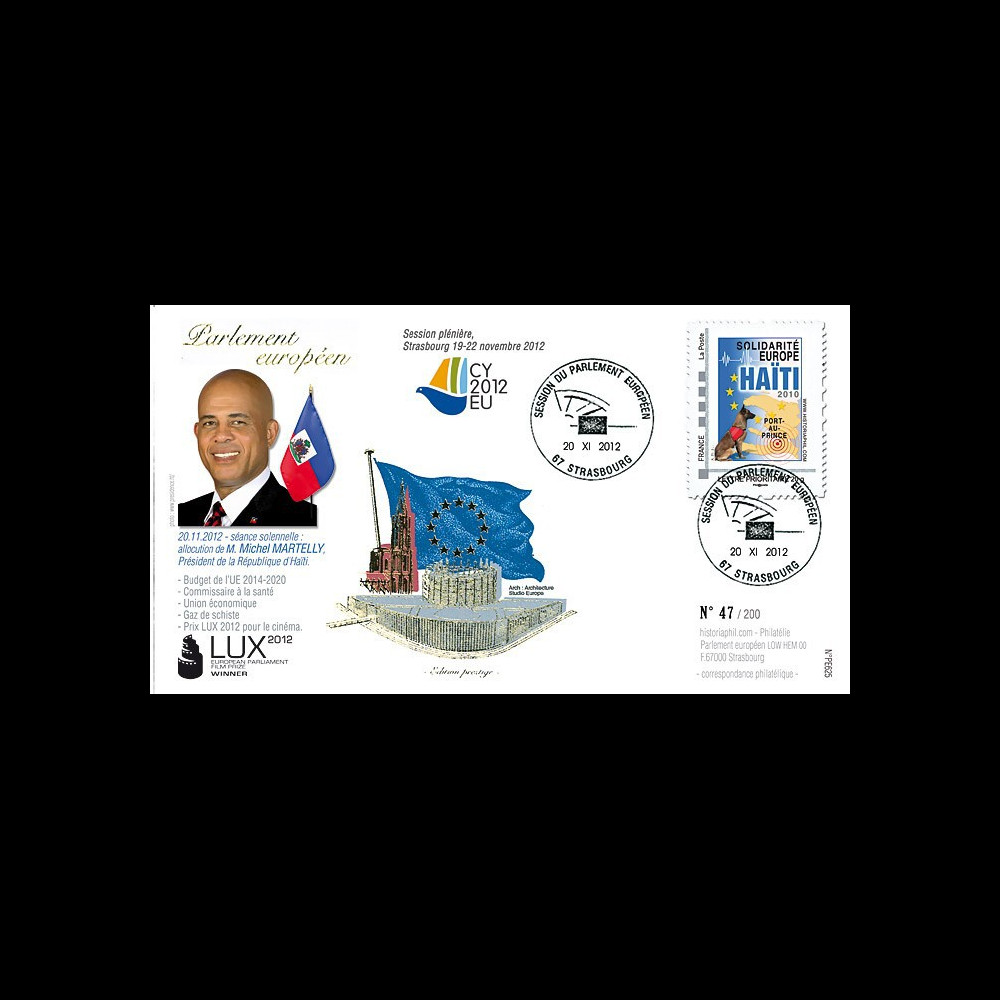 Session of the European Parliament to Strasbourg (France) November 19-22, 2012

"Official visit and speech by the President of the Republic of Haiti, Mr. Michel Martelly"

Haiti is slowing getting back on its feet following the devastating earthquake that rocked the country 2010, its president Michel Martelly told the European Parliament. In a formal address during the plenary session (Strasbourg 20 November 2012), he said support from the EU had made a real difference, but that humanitarian aid alone was not enough.

Mr Martelly was well known as a musician, businessman and activist when he was elected president of Haiti in May 2011, just over a year after an earthquake ravaged much of the island's infrastructure, killed more than 300,000 people and left one million of its citizens homeless.

In his address to Parliament, Mr Martelly said: "I came here to tell you that come hell or high water, and despite its bruises, Haiti has not lowered its guard. Slowly but surely, Haiti is standing up again."


This was in part thanks to the active cooperation of Europe, he said, but more support was still needed. "No country can recover from poverty by simple handouts and charity. Surely we still need your help. But we also need productive work, trade and direct investment. Haiti is a strategic platform, a hub, investment-friendly, a jump-off point."

How the EU has been helping Haiti


In the wake of the 2010 earthquake, the EU provided Haiti, the poorest country in the Western hemisphere, with humanitarian relief of €321 million. At an international donor's conference in New York in March 2010, the EU made commitments for medium and long-term reconstruction aid of €1,235 billion - making it the single most important donor.