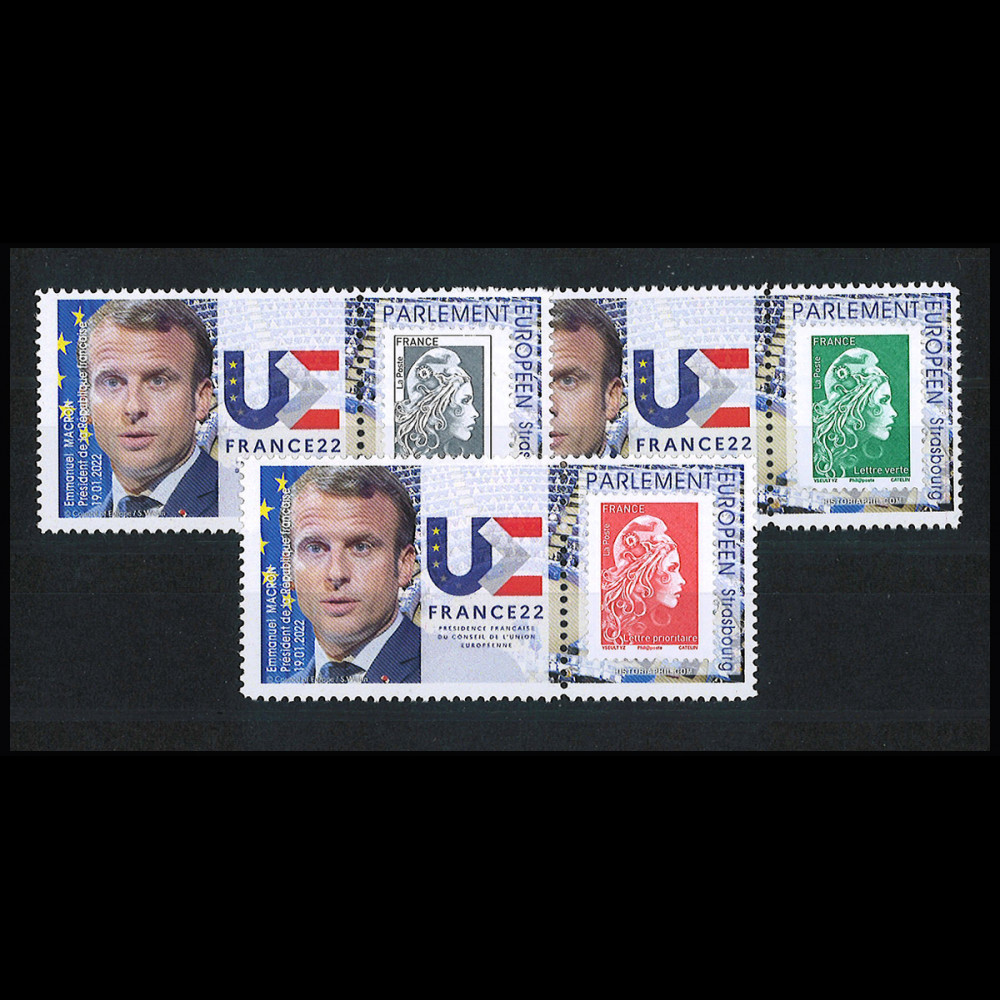 - bearing the 3 French postage stamps "Marianne l'Engagée" (France) Ecopli 20g (grey), Lettre Verte 20g (green), Lettre prioritaire 20g (red)
Stamp holders produced on the occasion of the Plenary Session of the European Parliament in Strasbourg (France) July 17-20, 2022 "Debate with President Macron on the political strategy and objectives of the French Presidency of the Council of the EU for the next six months (01.07-31.12.2022)"

Tribute to President Sassoli, who died on January 11

- Monday 17: MEPs honored the memory of President David Sassoli during a ceremony at the opening of the plenary session in Strasbourg on Monday at 6 p.m. The President of the European Council, Charles Michel, the French President, Emmanuel Macron, the former MEP and Italian Prime Minister, Enrico Letta (close friend of President Sassoli), as well as the leaders of the political groups took the floor during the ceremony.

Election of the President of the European Parliament, Roberta METSOLA (EPP, Malta)

- Tuesday 18: MEPs elected in the first round, by 458 votes, Roberta Metsola (EPP, Malta) as President of the European Parliament until 2024.

Emmanuel Macron/French Presidency of the EU 2022.