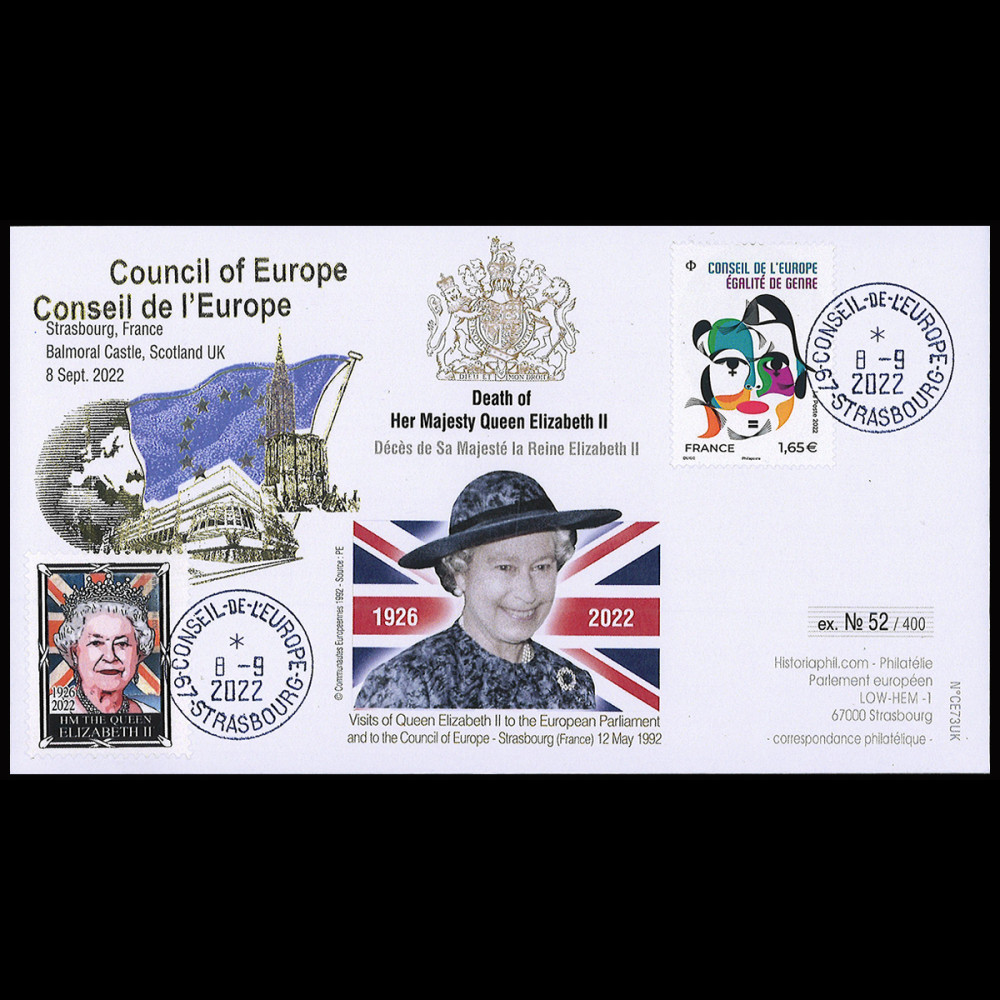 - Announcement of the death of Her Majesty Queen Elizabeth II, at Balmoral Castle (Scotland, UK)

- European tribute in memory of the visits of Queen Elizabeth II to the European Parliament and to the Council of Europe (Strasbourg, France) on May 12, 1992.

A philatelic envelope, designed by Historiaphil© (Philately Kiosk of the European Parliament, Strasbourg, France) pays tribute to this figure in the History of Europe and the World. It was produced as a continuation of the collection of philatelic envelopes bearing witness since 1949 to the history of Europe and its institutions. Its edition is limited to 400 numbered copies.