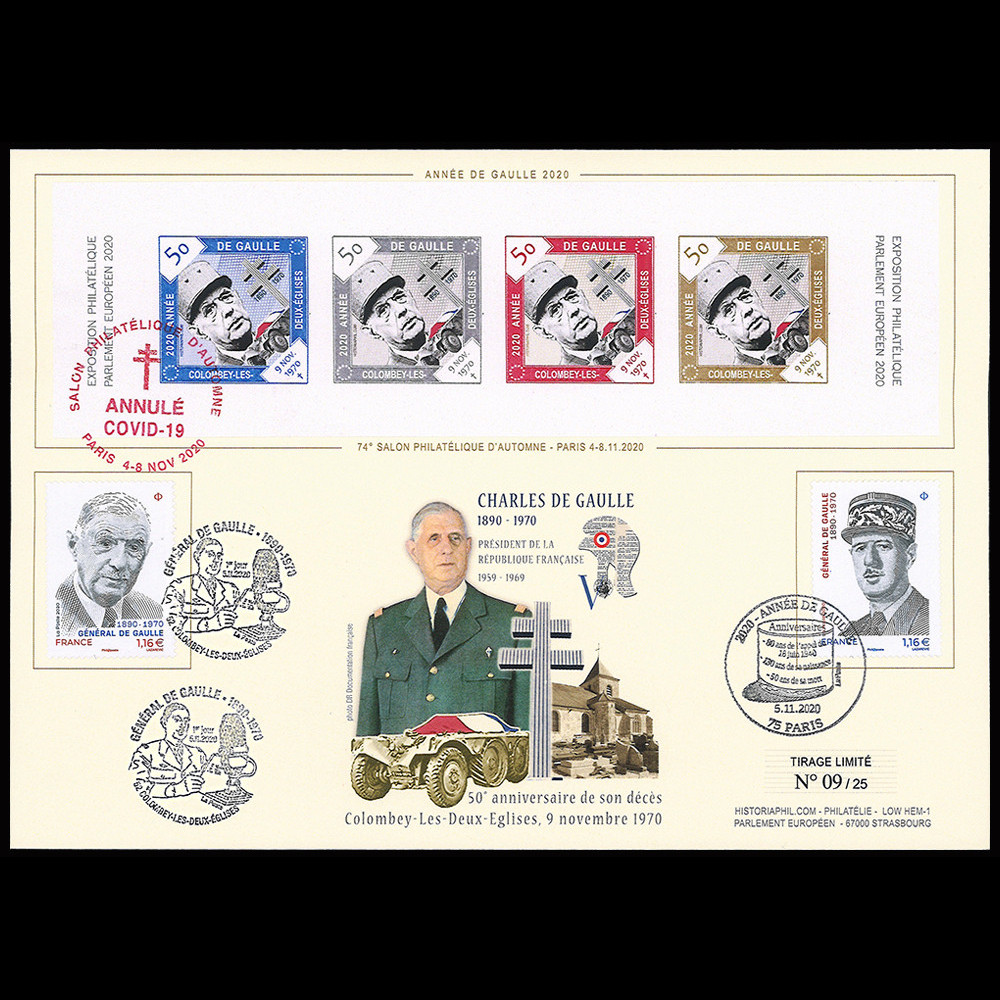 "Charles de Gaulle, President of the French Republic 1959-1969 / 50th anniversary of his death in Colombey-Les-Deux-Eglises, 9 Nov 1970 / EBR Panhard carrying the coffin of the General and Cross of Lorraine"