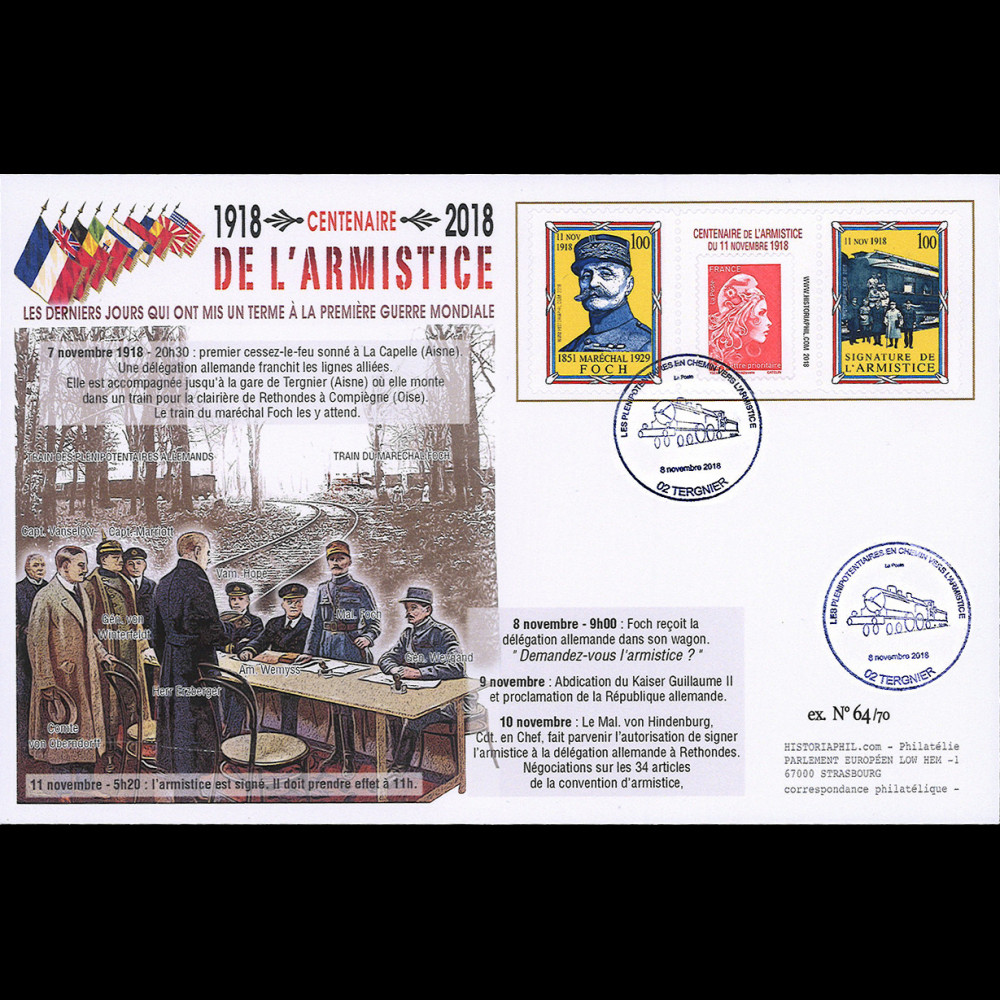 Illustration: 1st cease-fire, German delegation from Tergnier station (Aisne) to Compiegne (Oise), abdication of the Kaiser, personalities present at the signing of the armistice, Allied flags.

Cancellation Tergnier (F) "The plenipotentiaries on the way to the armistice" 8.11.2018 -

Collector's edition on "velin" envelope (13.5 x 21cm), only 70 numbered FDC's issued - Rare
the last days that ended World War I
GERMAN PLENIPOTENTIARIES RECEIVED IN THE FOCH WAGON AT COMPIÈGNE (F)
"Do you ask for the armistice?" Nov. 7-11, 1918

November 7, 1918 - 8:30 pm: first cease-fire at La Capelle (Aisne). A German delegation crosses allied lines. She is accompanied to the train station Tergnier (Aisne) where she boarded a train to the clearing of Rethondes Compiegne (Oise). Marshal Foch's train is waiting for them.

November 8 - 9:00 am: Foch receives the German delegation in his wagon. "Do you ask for the armistice?"

November 9: Abdication of Kaiser Wilhelm II and proclamation of the German Republic.

November 10: Marshal von Hindenburg, Cdt. Chief, sent the authorization to sign the armistice to the German delegation in Rethondes.
Negotiations on the 34 articles of the Armistice Agreement,