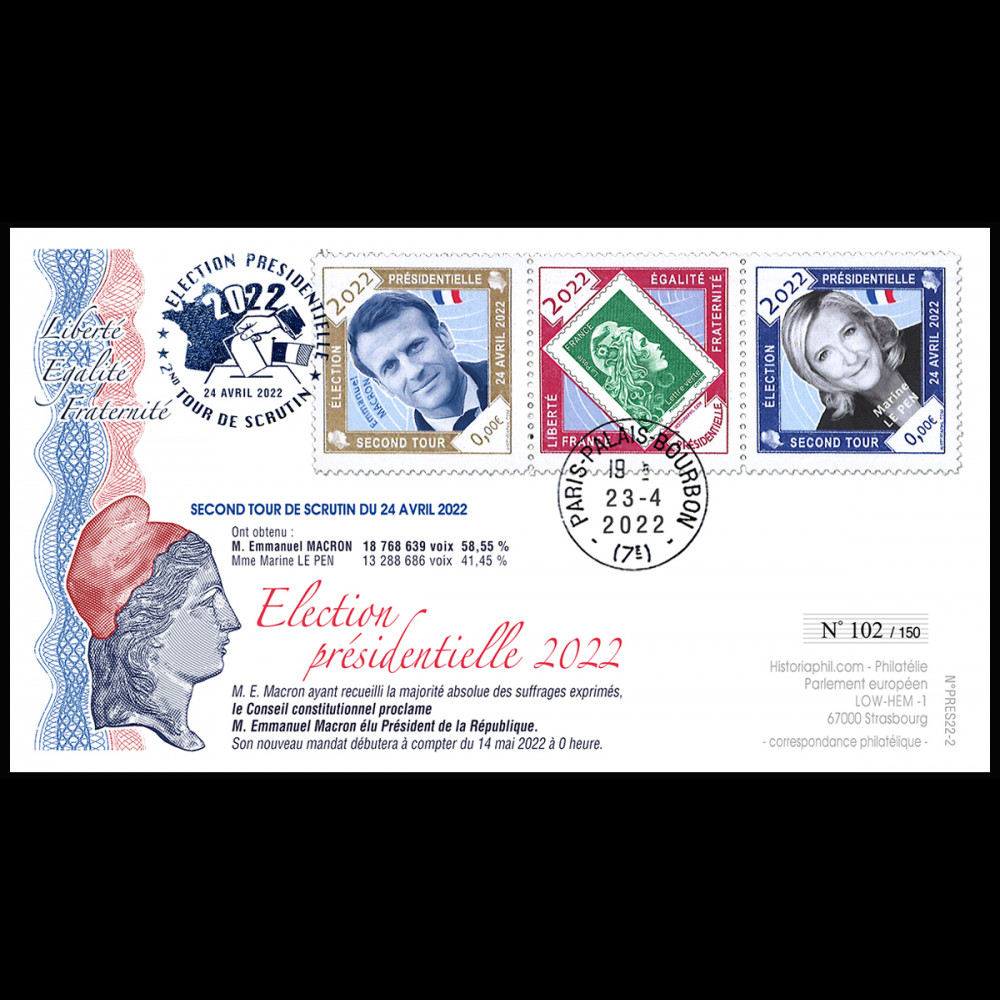 Mr. Emmanuel Macron having received the absolute majority of the votes cast, the Constitutional Council on this April 27, 2022 proclaims Mr. Emmanuel Macron elected President of the Republic. His new mandate will begin on May 14, 2022 at midnight.

CHIR1L : 1995 - ceremony of inauguration of the President of the French Republic J. Chirac