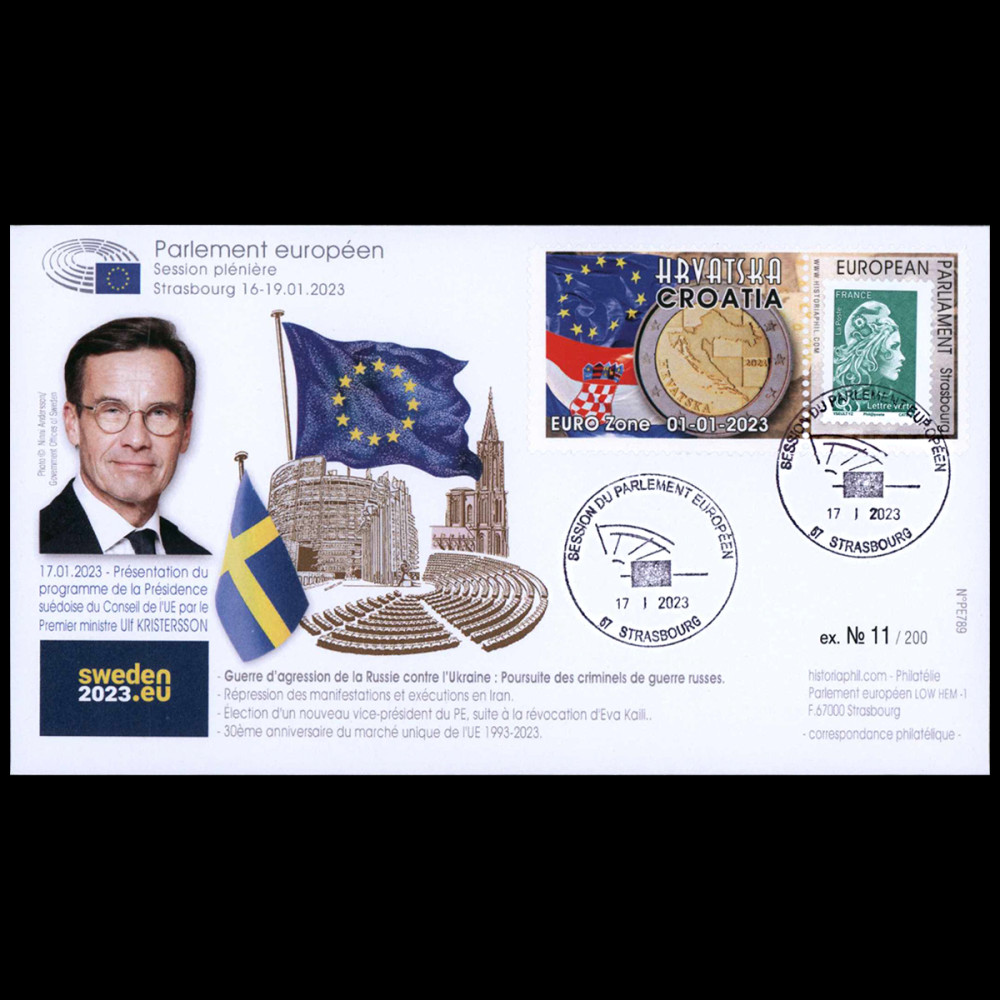 - Protest crackdown and executions in Iran.

- Election of a new EP Vice-President, following the removal of Eva Kaili.

Collector's Edition of only 200 numbered copies.

Prosecution of Russian war criminals. On Tuesday afternoon, MEPs will quiz Commission representatives on the prospects of establishing a tribunal to consider prosecuting Russia for the crime of aggression against Ukraine. A resolution will be put to the vote on Thursday.

Swedish EU Council Presidency. On Tuesday at 9.00, MEPs will discuss the programme of Sweden’s six-month Presidency of the Council, which started on 1 January, with Prime Minister Ulf Kristersson. Parliament’s President Roberta Metsola and Prime Minister Kristersson will hold a joint press conference after the debate.

Election of a new EP Vice-President. MEPs will, on Wednesday, choose a new Parliament Vice-President following the removal of Eva Kaili.

A philatelic envelope, designed by Historiaphil© (Philately Kiosk of the European Parliament, Strasbourg, France) commemorates the highlights of the Strasbourg plenary session of the European Parliament. It was produced as a continuation of the collection of philatelic envelopes bearing witness since 1949 to the history of Europe and its institutions. Its edition is limited to 200 numbered copies.