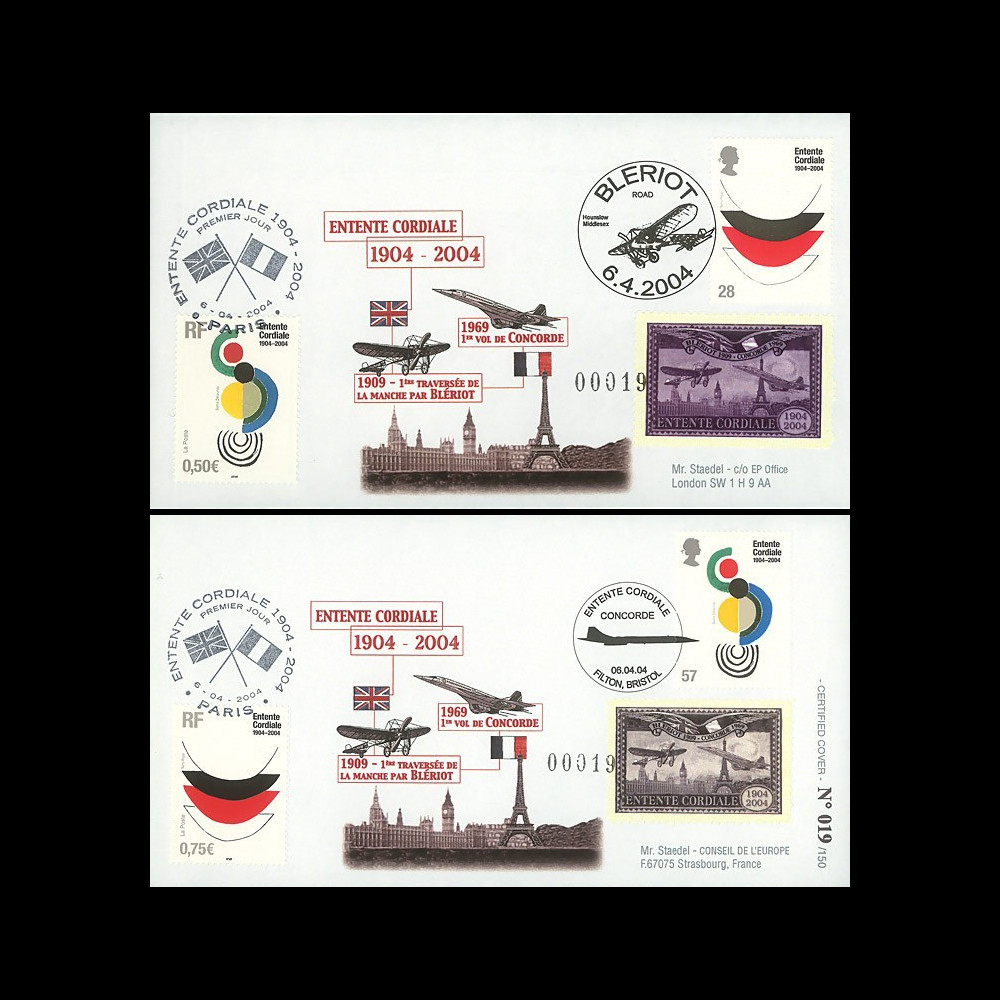 The Entente Cordiale is an agreement that was signed in London on April 8, 1904 by the Secretary of State for the Foreign Office, Lord Lansdowne, and the French Ambassador, Paul Cambon. The purpose of this agreement was to settle the differences that had divided them for a long time and thus to move from a period of dissension to a history of rapprochement. It was notably an opportunity for England and France to pave the way for diplomatic and military cooperation before the First World War.

Louis Blériot and Concorde, symbols of the Entente Cordiale

07.25.1909: After a chaotic start, Louis Blériot left Calais aboard his monoplane, the Blériot XI, for a fantastic crossing of the Channel. In less than an hour, it reached the British coast and arrived in the city of Dover. As soon as he arrived, England and France welcomed him as heroes and congratulated this human and technical feat which will mark the history of the Entente Cordiale.

03.02.1969: The result of research and joint work between France and Great Britain, Concorde 001 took off for the first time today at the Toulouse-Blagnac aerodrome.

09.04.1969: Five weeks after its French elder, it is the turn of the British Concorde, the 002, to take off from Filton and go to Fairford airfield 80km away. This supersonic aircraft is the result of close technological collaboration between France and Great Britain. It will be commercially exploited for 25 years by its 2 creator countries.

To commemorate the centenary of the Entente Cordiale, France and Great Britain have each chosen to issue a stamp representing a contemporary work. For the French, it is "Coccinelle", a work by Sonia Delaunay and for the British, "Lace I (Trial Proof)" by Terry Frost. As for the centenary of the crossing of the Channel by Louis Blériot, it was marked by the French issue, on July 25, 2009, of an airmail stamp, air labels and several special cancellations.