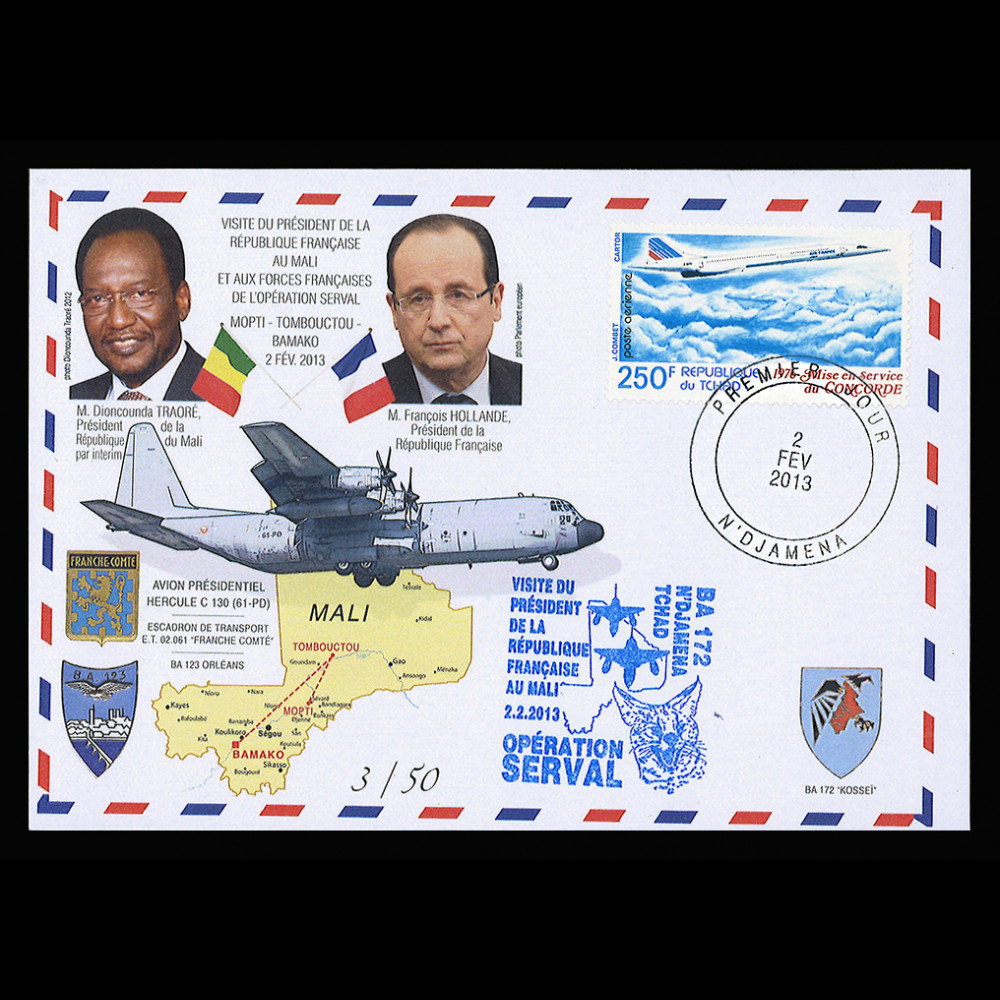 Visit of the President of the French Republic to Mali, welcomed as liberator

"I'm going to Mali to tell our soldiers all our support, all our encouragement, all our pride," and to tell Africans "that we need them for this international force," said Francois Hollande, on the sidelines of his visit to Mali on February 2, 2013, while the French troops have been deployed on the ground for three weeks now.

The presidential plane landed at Sévaré-Mopti airport. Welcomed by his Malian counterpart Dioncounda Traoré, the president is accompanied by Laurent Fabius, Minister of Foreign Affairs, Jean-Yves Le Drian, Minister of Defense, and Pascal Canfin, in charge of Development.

François Hollande then went to Timbuktu aboard the Hercules C 130 (61-PD) of the E.T. 02.061 "Franche Comté", where the population has reserved a warm welcome. The French president made his first speech in one of the mosques of the great historic city in the north of the country, liberated by jihadists.

Joining the capital Bamako aboard the C 130 for its last stage, François Hollande delivered a speech from the place of independence. He stated that the Franco-Malian military intervention carried out with the support of the West African countries constituted a "duty of France, acting on behalf of the international community with the support of the European countries in the United Nations framework ". "The fight is not over," said the President of the Republic. "Terrorist groups are weak, they have suffered heavy losses but they have not disappeared," he warned, adding that "France does not intend to stay here in Mali, because that it is the Malians themselves, the Africans, who will ensure security, independence, sovereignty. This is how I conceive the relations between France and Africa. Respect, democracy, transparency. It is you now who will carry your destiny.

The objective of this mission is to combat the terrorism that is raging there and to return "to Mali its unity, its integrity and its strength", still according to the President of the Republic, who also recalled the support given to France by fighters from Mali, especially during the two World Wars. sources: RFI and www.defense.gouv.fr