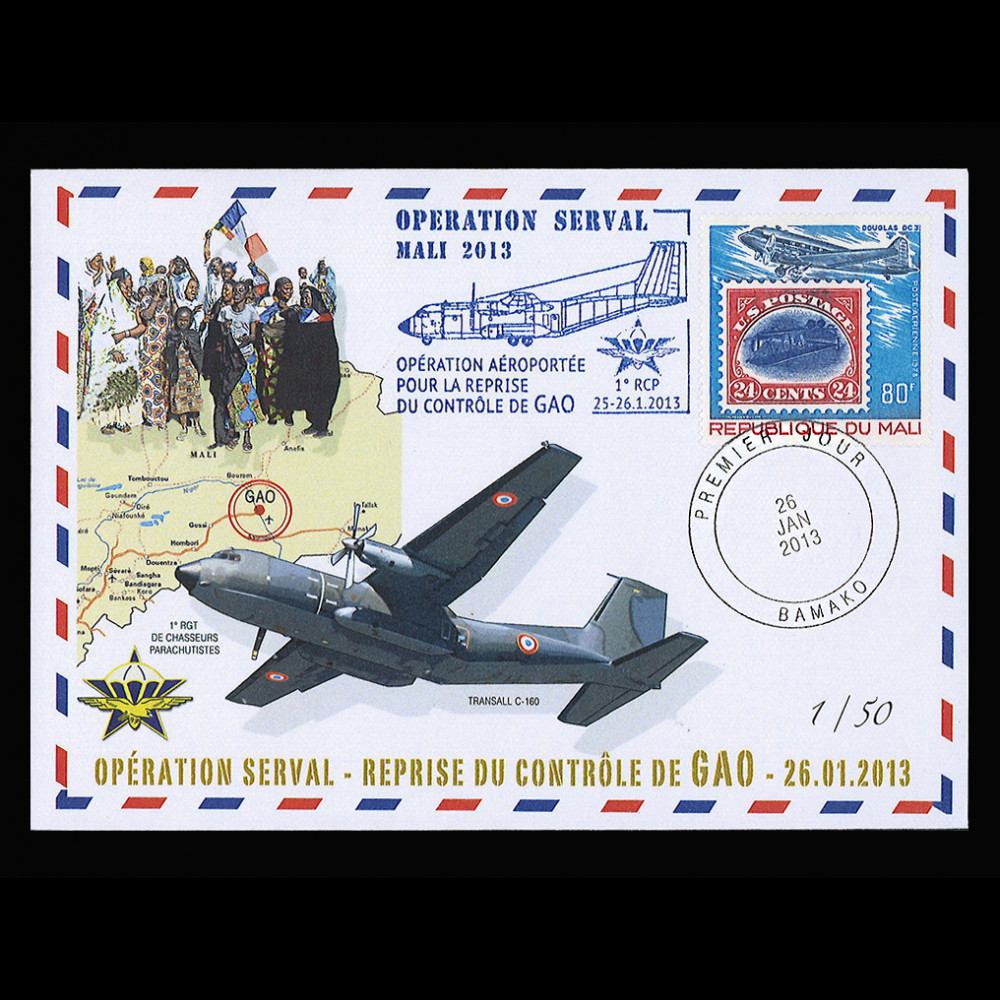 The largest city in northern Mali, Gao, 1,200 km northeast of Bamako, fell on Saturday, January 26, during a spectacular operation of the French army: members of special forces enjoying a Air support first took over the airport and a strategic bridge. The Gao area was reinforced with the involvement of 350 Malian soldiers and one of the 21st RIMa GTIA units by land, as well as the air-loading of several vehicles. Then, African soldiers came by plane from neighboring Niger to Gao where they were charged Sunday to patrol the city. Gao was a bastion of the Islamists of the Movement for Unity and Jihad in West Africa (Mujao), who committed many
abuses.
MALI13-12T1
7 Items