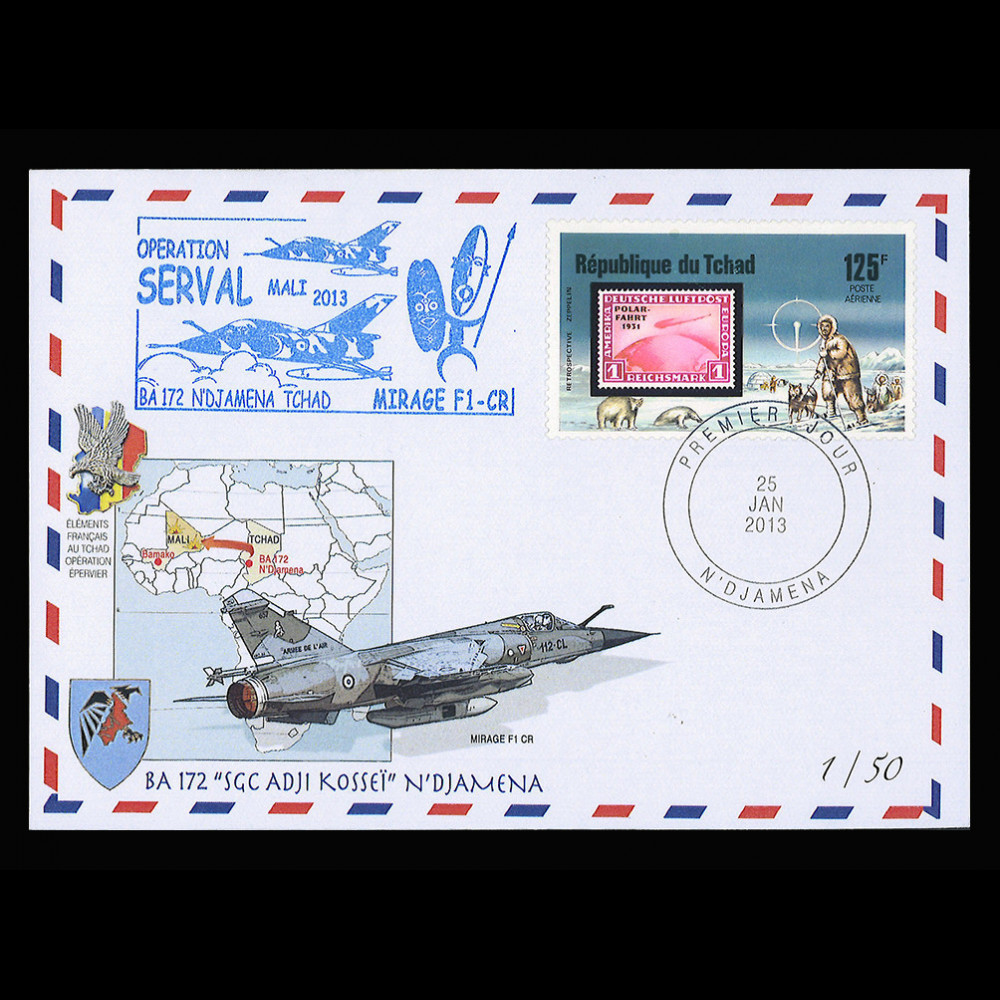 No 172 French Air Base of N'Djamena (Chad), base of the bombing missions of Operation Serval in Mali
an exceptional collection of philatelic folds from Chad and Mali


Specialized for more than 70 years in the philatelic commemoration of historical events, we followed the great moments of the intervention of the French forces in Mali through the realization of a series of envelopes philatelic (FDC). Several editions were made possible through our contacts in France, the E.A.U. and West Africa. Thus we can present on these pages the fruit of a long work for prints of only 50 or 100 numbered copies. The envelopes of Chad and Mali are free of collector stamps on the theme of aviation (Mermoz, Concorde, Zeppelin, etc.) and many special stamps have been affixed.

A new collection to seize before the stock runs out!