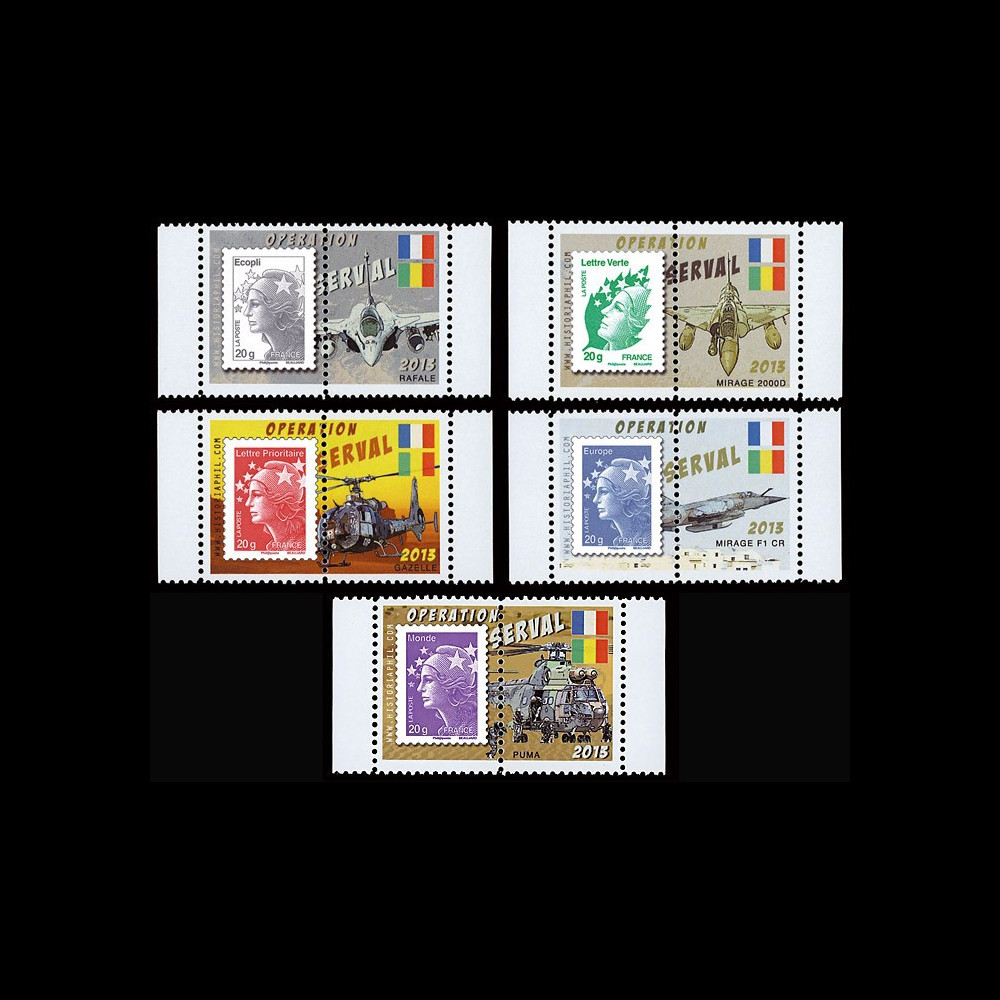 
Launch of Operation Serval in Mali

On January 11, 2013, at the request of the Malian authorities and the UN, France launched a military operation in support of the Malian armed forces called Serval. It aims to put a sudden stop to the advance of jihadist groups to southern Mali and ensure the safety of 5,000 French nationals in the country.

The French intervention began with a raid of Gazelle HOT and Gazelle cannon attack helicopters from the 4th RHFS that allowed the destruction of enemy vehicles and the withdrawal of a column of jihadist elements heading for Konna. Four Mirage 2000Ds from the Spiderhawk air group struck in the north of the country. To carry out these missions, the hunting patrols were supported by two C135 tankers.

Simultaneously, in Chad first, a sub-grouping of nearly 200 soldiers, armed by "porpoises" of the 21st RIMa and a pack of legionnaires of the 1st REC, belonging to the group of the land Epervier force has prepared to join Bamako. source www.defense.gouv.fr