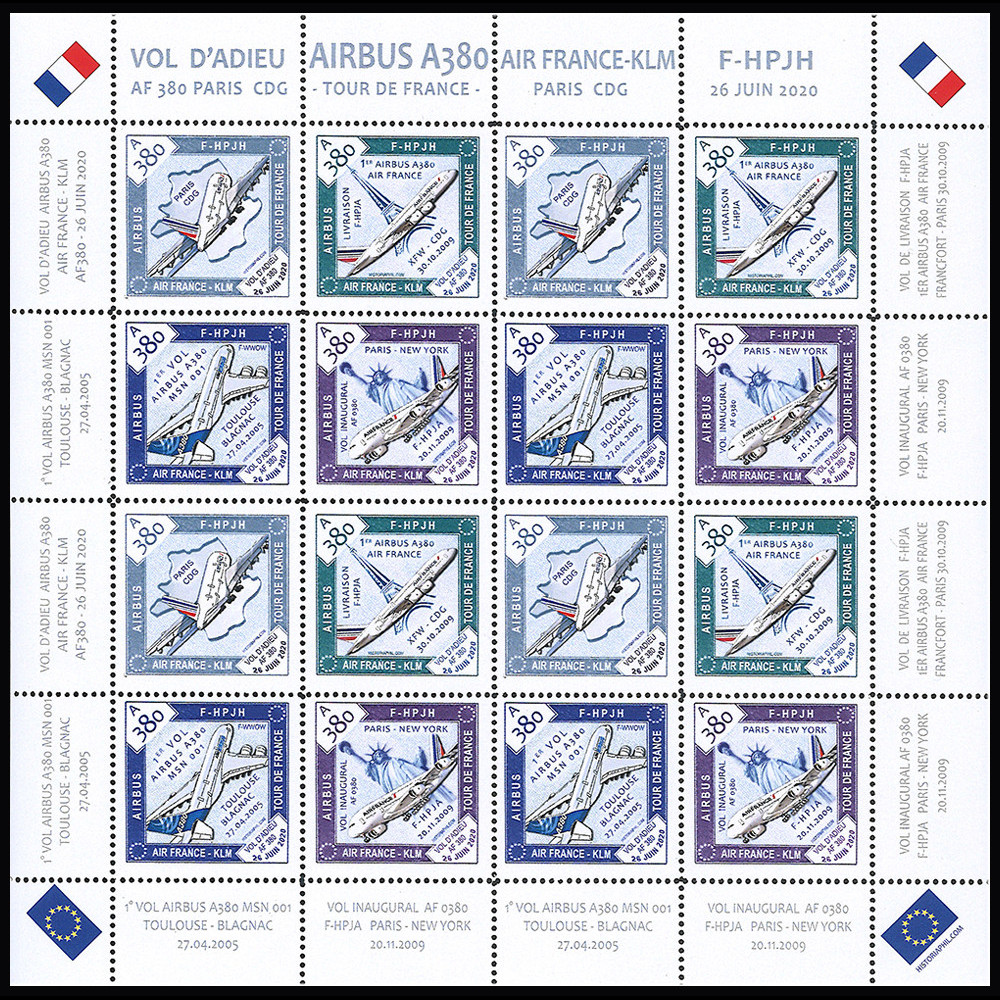 These Airmail labels had been produced to be affixed to the aerophilatelic covers carried on board the "FAREWELL FLIGHT AF 380" of June 26, 2020, marking the final withdrawal of the Airbus A380s from the Air France fleet.