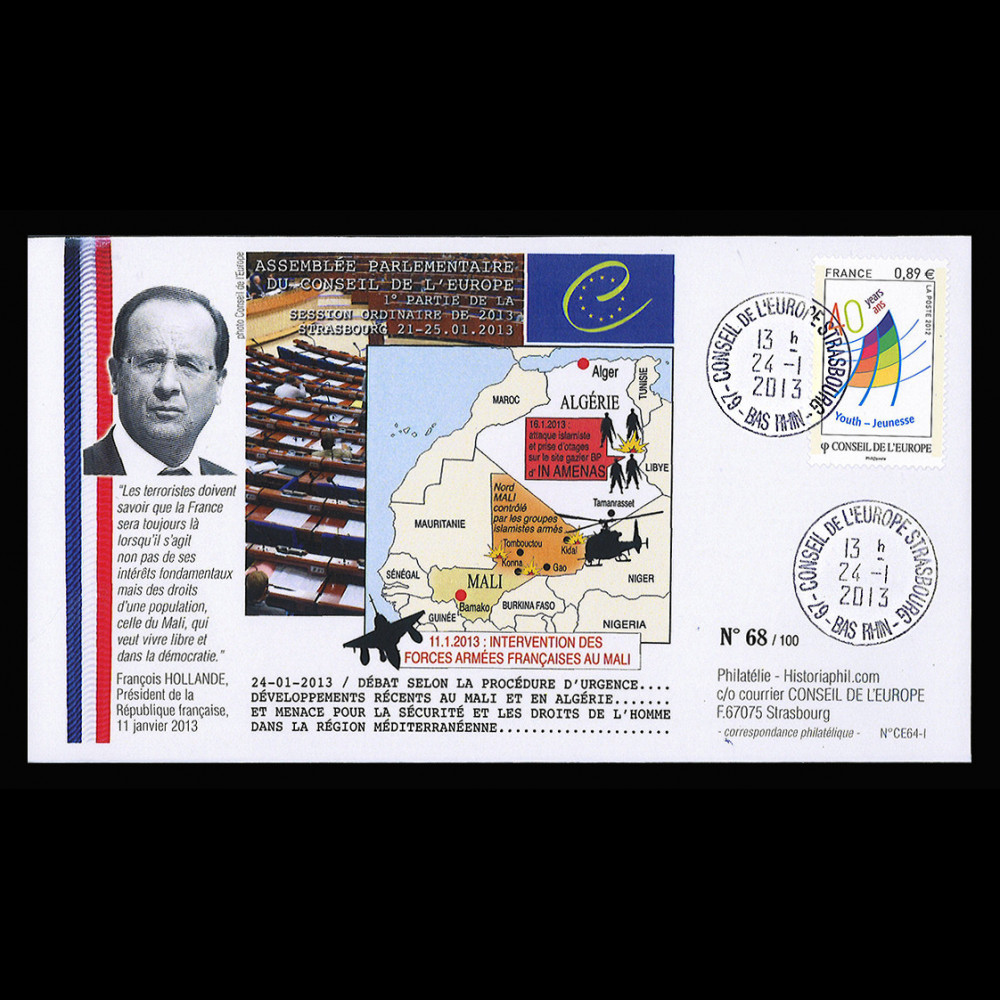 - January 24, 2013 : Urgent debate on recent developments in Mali and Algeria (Attack and hostage-taking on the gas site of BP in In Amenas)
Mr. François HOLLANDE, President of France - Intervention by the French Armed Forces in Mali - Operation SERVAL in Mali 2013"

On January 16, 2013 at dawn, a group of about 40 heavily armed terrorists attack a bus leaving the site of a gas platform co-operated by BP, Statoil and Sonatrach in In Amenas, in the South-Algerian Sahara, near the Libyan border. After this first action, the group goes to the base-life where more than 800 people working on the gas site are taken hostage. The leader of the terrorists, Mokhtar Belmokhtar, demanded among other things, the stopping of the French military intervention in Mali.

On January 17, the Algerian army carries out a first offensive on the site. The last hostages were released on January 19, during the second assault of the Algerian army that allowed to regain full control of the gas plant. According to an Algerian report of 21 January, 37 hostages and 29 terrorists have died.

Jean Marie BOCKEL, member of the French delegation to the Parliamentary Assembly of the Council of Europe, spoke at a meeting on Thursday 24 January during a debate on recent developments in Mali and Algeria and on the threat to security and security. human rights in the Mediterranean region. He recalled that the French military commitment responded to a situation of extreme urgency and danger for the Malian population. French troops, to which European countries provide logistical support, are committed to the defense of democracy, freedom and the fight against fundamentalism, embodied in particular by AQIM.
MALI13-11
28 Items